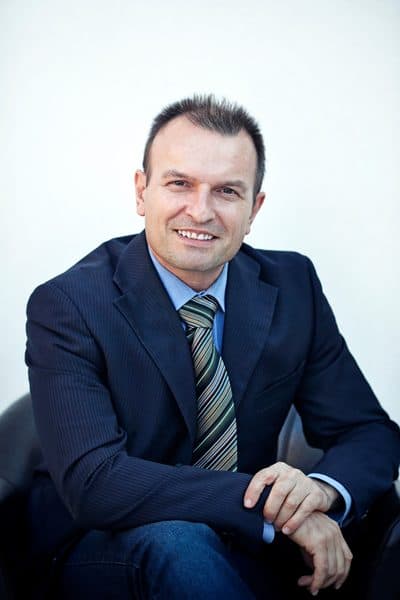 Olivier den Hartigh is a language translator of English into French. He is an expert in translation and interpreting since 1995, and has a great deal of experience with translation technologies. He has worked for many of the world’s largest brands. Olivier shares his time between the South of France and Australia. He has translated over 2 million words during his career.

How did you start in the translation industry?

I started my career as a language translator shortly while finishing my MA in Translation Studies. I worked for a translation agency – or language service provider – as we call them now, whose office was just a few miles from where I lived in the UK. That was the 90s back then. And at that time, I would need to physically go to the agency to get the documents to translate and get my check. It was a pre-requisite. Something that’s just fun to think of nowadays when most language translators work for companies all over the globe.

Back then, I caught the virus of translating and decided to start an independent career as a freelance translator … and that’s where you currently find me. Of course, with the internet, at a later stage, I could just carry on being a language translator anywhere in the world. And that’s when I travelled to South-East Asia, South Africa, Australia and Canada.

What translation project are you most proud of and why?

I have been lucky enough to be engaged in several important projects. Some of the ones I am really proud of are the translation into European French of some of the Sony PlayStation terminology, several localisation projects for OS X and iOS, lots of nuclear technology and engineering manuals, reports and notices for nuclear power plants and INPO, some technical and scientific books. And, more recently, when I was already working for TranslateMedia, several projects for UK Energy, the Government Office for Science and other UK government bodies, a project about the history of Levi’s corp. And another one for the Spanish FootLocker sneaker store, D-Link’s website and many more.

Generally, I tend to enjoy various projects: from technical to purely commercial ones, as well as such combining complex technical issues with a marketing perspective, like websites, booklets, etc.

What is the worst thing about working as a language translator?

Probably the worst thing about working as a language translator is that it is hard to make plans in advance, because you never know how busy you will be at any given time in the future.

Another issue is uncertainty. Even if I have managed to keep myself quite busy and to secure an on-going flow of projects, nothing – and I mean nothing – can guarantee that it will keep like this in the next weeks, months or years.

Yet, this can also be considered a good thing, since it makes you always do your absolute best. You are always pushed to go an extra mile. Any mistake could mean losing a client, even if it’s taken you several years to gain their confidence. This could be hard and demanding, but it also makes you feel alive.

What do you see changing in the translation industry in the next few years, and further into the future?

I expect that in the near future, 100% of the projects will be processed using computer-assisted translation tools, with an online translation repository to improve leveraging. This would pose new problems related to the quality of those translations, discounts for matches derived from poor quality memories, etc.

In a more distant future, machine translation could progressively take over a higher number of fields, provided that the topics are specific enough and that the quality of the source copies is good enough, since not even the most powerful computer in the world stands any chance against a poor copy developed by a non-native speaker of English. This mechanisation would make us translators more revisers and proof-readers of an increasingly higher number of machine translations.

What technologies have you used so far and what has been the outcome?

I have used most of the translation and localisation tools commercially available, premium or free, such as SDL Trados, Passolo, memoQ, OmegaT or Catalyst, together with several developed and used internally by some companies, like Apple Xtrans or Microsoft LocStudio, as well as some other designed by agencies for the use of their translators. In addition, I used online translation services, like SDL WorldServer, DocZone data center or TranslateMedia TM-Stream, as well as other which were just a two-column web interface linked to a database. Moreover, I have used online translation memory servers and even been part of a hybrid human-TM project.

In my experience, I tend to get the best results when I am provided with the source files (for example, QuarkXPress, InDesign or MS Office files instead of PDFs) and allowed to choose the CAT tool that is best for the job, both in terms of productivity and of quality.

What advice would you give to clients embarking on a large localisation/translation project?

I always say that the most important pieces of information I need before approaching any project are two: if there are any terms which the client wants to leave in the original language and if the client prefers a formal or informal addressing style.

Apart from that, they should devise a proper translation procedure which takes into account the different processes involved: extraction of texts, preparation, translation, revision, editing, layout, etc. For example, working directly on HTML or InDesign files could save the client lots of hours of edition and layout.

Another advice, clients should always provide us with a final text, since it is always more expensive to make changes in several translated documents than in a single source text.

In your experience what makes a “good” translation agency?

I prefer to work with translation agencies that allow me a certain amount of freedom with regard to how I process the files they send me. After more than a decade in the industry, I usually know which is the best procedure to be applied to a given type of files.

Another point is that some agencies make you feel as if you were the ‘other’, the one who will get half of the rate paid by the end client and, because of that, almost the enemy to beat. Some translation agencies are only starting to realise that language translators and their relationships with them are one of their main assets.