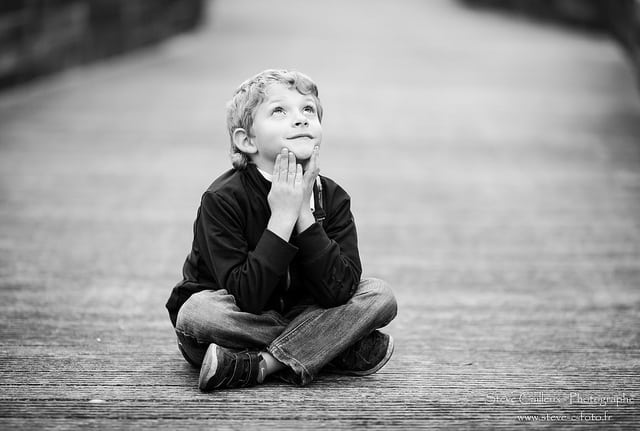 I asked some of my English-speaking friends to share their techniques about various aspects of living in France and asked them for their advice on how to bring up bilingual children. Here’s what they shared with me.

Bringing children up to be fluent in French and a second language – which for most of my friends is English is one of the most overwhelming challenges for newcomers living in France with their children.

Coming up with a system can be tough and equally difficult for both partners to agree on how to go about tackling the situation. For some parents, especially when the parents have both nationalities, it can cause a fair bit of pressure. Above all, it might be even more challenging when the parents have different nationalities, with neither of them being French, meaning they have to master three languages at the same time.

One thing several of our friends agreed on was the fact that having their kids being brought up in France in a French school provides a good entry not only to the French language but to life in France in general.

“Let them attend a French school. Of course, it is particularly tough in the beginning, but they will learn to speak French way faster and they will also learn about the French customs and ways of life”.

Another friend raising her bilingual children mentioned: “If your kids go to a French school and speak in English at your house, they will become truly bilingual. However, when my children started to want to speak French at your house – that was a challenge for a time.” Michèle Bolton had an French father and British mother, also recommends sending children to French schools. “Register your children in French schools for them to receive a better education. If they are young enough, they will easily become bilingual, opening their social life to a brand new world.

Speak English in your house

Speaking in English in their home was equally as important.

“Carry on speaking English to them at your home so they remain truly bilingual. As a matter of fact, forgetting the English language can be very easy when you speak a foreign language around the clock” said Rebecca Smith.

Caroline Brockin: “As they learned everything in French and we would only speak English at your house, our kids would translate everything from French into English. I would have never thought that they might lose their own language.”

Debbie Lee, who is a linguist and has bilingual children also advised speaking to children in your mother tongue at your house, advising to do so while the child is still very young. “My suggestion is that a parent should speak to children using their own native tongue, unless the parents are totally bilingual”.

Others mentioned they just mix it up, trying not to stress out the child.

Laura Best, who is Irish and lives in France with her French husband and their children said: “What worked for us was not putting our children under pressure. We speak in French and respond in English, or vice versa. As you can see, it is a mixture of language at your house. As a result, the oldest is now completely bilingual and I have no doubts that the youngest will be also”, adding that their family had still a close relationship with their Irish family.

Some friends suggested children’s television programmes in English or French.

In conclusion, the overwhelming message from the parents was the importance of being patient. “Don’t get set back on the fact that your kid replies in French, hold on and continue speaking in English. For instance, they might have a larger vocabulary in the more dominant language, i.e French when they attend school, but that’s acceptable as they might comprehend more than they say,” said Belinda.