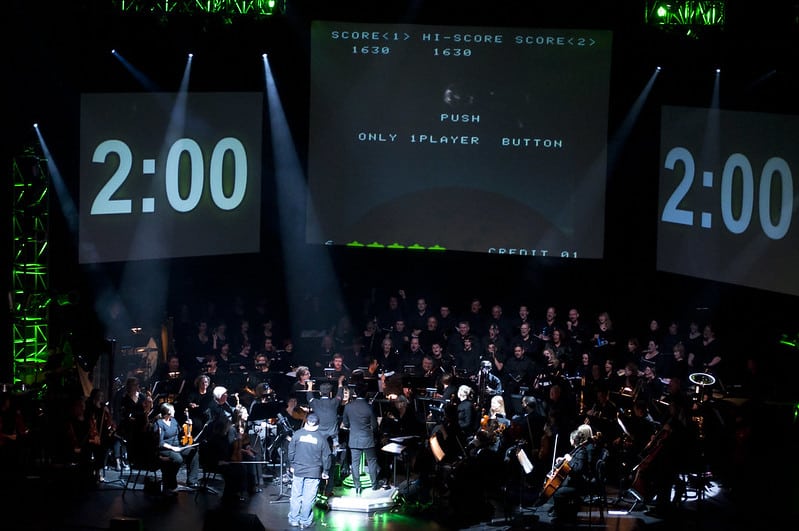 Translating video games is a part of the localization process of the game and implies, in addition to the translation of the text, the cultural adaptation of the texts and materials, its revision, the assembly of the screen texts in the game, the layout of manuals and boxes, audio or dubbing recording and testing.

Large video game companies may have internal translation or localization departments or, on the contrary, outsource these services through localization agencies

In recent years there has been a great technological advance, which has led to a considerable increase in the volume of text to be translated, which in some cases can reach one million words. The consequence is that it has become impossible for a single translator to carry out the work load, so it is necessary to establish a good project management strategy and use tools that guarantee the cohesion of the different product texts.

For example, Nintendo has a translation and localization department in Frankfurt from where the entire process is centralized. Normally, the translation is covered with internal resources if the project has few words, but for large titles it is necessary to use specialized localization companies that offer not only translation services, but also dubbing. Translating video games implies translating the text that will appear on the screen, but also the text that will end up being dubbed. Also, the text that appears on the screen can be divided in turn into text boxes that appear on the screen (e.g. menus) and graphic text, which implies more work by the developer since they have to be integrated graphically into the video game. In addition to the video game text itself, all associated products such as web pages, marketing brochures, etc. must also be taken into account.

In any case, it is very important that the translator familiarize himself/herself with the game that he/she is going to translate in the original version, since he/she will be able to understand the game in its context and translate it better i.e play the video game itself. However, this is not always possible: if the translation is done internally, there are usually no problems, but if you send it to an agency, the pitfalls caused by confidentiality problems can become insurmountable.

Normally translators work in environments known as CAT tools, text editors (Word), spreadsheets (Excel) or databases, to which the texts of the original version are exported.

However, this does not mean that the translation process is exempt of difficulties.

Some of the problems facing the video game translator are the following:

These are just ‘some’ of the problems that the translator will face during his/her work. Then there will also be a review phase in which an expert will be in charge of approving it before it is sent back to the developers.

Finally, there will be a testing phase, an expert quality control in which the final product is reviewed. It involves playing with an almost definitive version of the game, with the translated text and the final sound mounted, in order to detect all the errors that may have remained, the bugs, with the aim of reducing them to zero.

And all this being done against the clock, with the pressure of a given release date that, if not met due to translation problems, can cause great losses to the company.

As you can see, translating video games is not an easy task. Translators might take this into account whether they might consider a future career in video game translation. As for video game players, you might get a better understanding of all the work involved in video games; work necessary so that you can enjoy your favourite video game in your mother tongue.