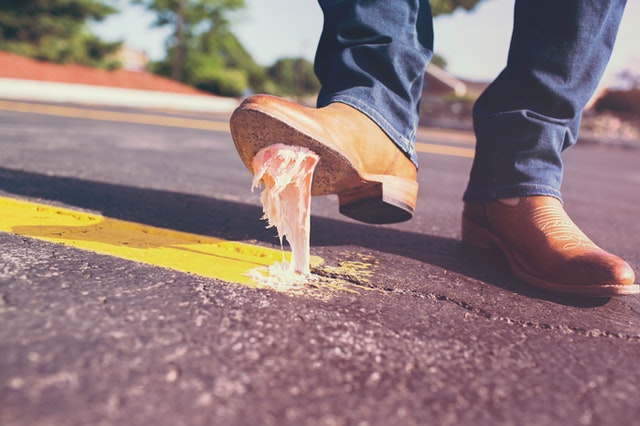 Translation errors: not helpful at all!

Translation errors is a no go when selling a product or service abroad, which involves a strategy that should be aligned with your needs and those of an increasingly demanding international market. Don’t ruin your chance to go international!

Opening up to the international market is a challenge for companies at a strategic and resource level. So it is necessary to have the right professionals to help you in the process. Selling abroad is not as easy as translating your website with automatic translators and voila (with the translation errors that go with it!)

Translation Errors Have Serious Consequences on Image, Positioning and Profitability

It is a very common mistake to think that going international is only about translating your content automatically. As a matter of fact, having translation errors will only have serious consequences in terms of image, positioning and profitability. When you make the decision to expand abroad, it is necessary to adapt the content to the country you want to sell. A translation should convey the desired message and not harm you in the short, medium and long term.

Automatic Translators Should Not Be a Valid Option

Using Google Translate and other automatic translators should not be a valid option for your business. There are many translation professionals with extensive experience who should be able to offer you a quality service.

A badly translated product is a failed project.

Literal translation is not always the most appropriate choice.

It is essential to interpret the text to adapt it to the cultural and social context of the target language without losing its real meaning.

A great example of what not to do when it comes to literal translation is what the well-known American airline Braniff Airlines did. To promote their new leather seat design, they ​​created the following slogan ‘Fly in leathers’.

In the United States, this slogan was very well received with very good results. A problem appeared when they tried to incorporate this new slogan into their international strategy with a literal translation.

In Spanish-speaking countries, this slogan became a mockery. The word “leather” in Spanish (cueros) means “naked’. Therefore, the company decided to adapt the slogan by making it singular at a later stage.

The adaptation of the slogan to all destination countries had not been taken into account. It led to a bad image and, above all, great losses.

Other translation errors come from ‘false friends’. Those are terms that are phonetically similar with our language, but give a wrong meaning.

There are areas of expertise that are more likely to come across these types of terms, such as medical, sworn or legal translation. It is essential that these words are known so that translation errors caused do not lead to serious consequences.

An example of this type of error is the one made by the Parker Pen Company. They created a slogan ‘It won’t leak in your pocket and embarrass you.’

At first glance, it seems like a good and accurate slogan. Yet, the same slogan in Spanish-speaking countries came out with an inaccurate and unprofessional translation: ‘It will not leak into your pocket, nor will it make you pregnant. Here the “false friend” of translating “embarrass” as pregnant in Spanish is clear.

Obviously, the company became the object of ridicule worldwide and is still remembered today for this gaffe. It is a shame that marketing teams spend their time and effort to create such successful campaigns and that due to a translation error, all that work was diminished.

Often, the choice of a name is made based on basic requirements of personal taste and usability in the country in which the company was created.

An example of translation errors was the choice of the brand name Nissan chose in Japan and India. The company created a new model to be marketed also in Spain, called Nissan Moco under the slogan: “You can keep the mucus anywhere. ”

Obviously it did not go unnoticed. A great controversy was created around this brand so it was not finally commercialized.

Phonetics sometimes determine translation and you have to be very careful with the name you assign to brands or products.

This is what happened to Coca Cola. They wanted to expand to the Chinese market and adapted their name with the result / Kekoukela / that literally translated to “bite the wax tadpole” or “female horse stuffed with wax”, depending on the dialect. Later, Coke researched 40,000 Chinese characters to find the phonetic equivalent, “kekoukele”, meaning “happiness in the mouth” in Chinese.

One can see how the intention of approaching the target audience sometimes does not work if they are not done with professionals.

The famous phrase’ To err is human’ is not a valid excuse.

If on top of that, a company makes an error, not being able to correct it can be disastrous in the long term.

A clear example is that of the famous Spanish brand Cola Cao, with its controversial advertising. In 1955, the company promoted its product by telling a story of a black boy from Tropical Africa who made a chocolate for fair-skinned athletes to consume the product.

Perhaps at that time it was in line with the social and cultural environment of the moment. Later, this campaign accompanied Cola Cao’s image throughout its entire trajectory, being visible that today it is still active both in its packaging and in its advertisements.

The main problem is the arrival of social networks and their virality. In 2017, they generated a campaign against the brand under the hashtag #ColacaoNosInsultal. This campaign produced a very negative reaction from consumers in the digital world, led by important public figures and influencers.

Cola Cao did not seem to care too much about what was happening and continued with his campaigns, justifying that the image of the black boy was funny.

Obviously, in addition to these five translation errors, spelling, conjugation and syntax errors must be taken care of. But that’s another story. Yet, it shows it’s important to entrust your translation project to a professional translator.