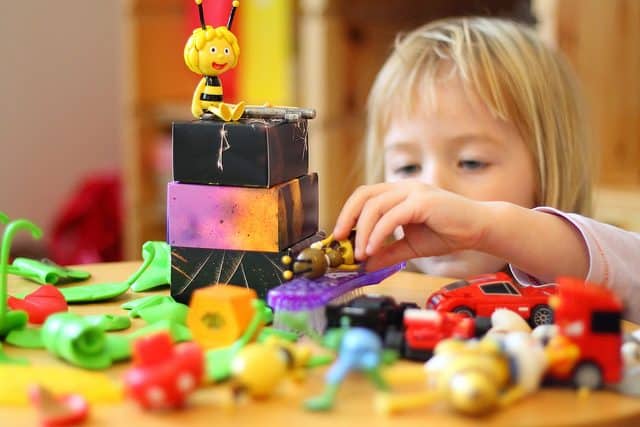 What a Translation Project Manager does

Much is said of the Translation Project Manager (the so-called PM) as the person who has control over everything that is happening inside a translation agency. It is believed that he or she is responsible for every aspect of the translation project, ranging from selecting the right translator to the translator’s payment date. The fact of the matter is that – more often than not – the person behind the PM position is not directly involved in all processes until delivery to the end client. As a matter of fact, many other people participate and have an even more determining role than the individual in charge of managing the project. Still, you’ll find out that your PM is a busy bee.

So Many Bits and Bobs Before a Translation Starts

As translators, when we receive a translation request from a PM, we usually do not think of everything that happened back then until our name is chosen for that particular project. We do not think about the negotiations that had to take place between the customer and the agency, all the bits and pieces that were put in place before the actual project went through.

In an ideal world, the PM Would Have His Say Over the Value of a Translation

For that client to have reached the agency, he had to be contacted by the agency’s sales man or had to contact the translation agency. Then, a negotiation of value ​​(with the customer not always thinking that the translation is worth the price mentioned) and terms too (the customer sometimes thinking it can be done in a shorter time) had to take place.

It is only after that that the project reaches the PM. You might think that, at the stage, it is the PM who determines the value of a translation. This is hardly the case. Usually, this is​​ determined by the owner of the agency and, in some cases, with margins negotiated by the sales representative. There are rare cases where the PM has control over the amount to be paid for a translation.

In an ideal agency, the PM would work with the sales department to determine the value of each text according to its linguistic complexity and layout, timing, and other relevant factors. However, most agencies work with closed – non-negotiable – values, with some difference in value for shorter deadlines (the so-called “emergency rate”).

In addition, you might think that it is the PM who determines a price per word for the translator. Again, the owner of the agency intervenes. The PM may be able to negotiate an increase in tariffs, but the final word is never his.

Regarding the choice of the translator for a project, it is true that the decision is almost entirely the PM’s. It is the PM who decides which translator to allocate for a given job. However, other factors may influence their decision, such as negotiated discounts with the client (which will consequently change the value of the translator), customer choice, among others.

Translator Reputation – Yet critical – Is Just the Beginning

The translator’s reputation in terms of quality, timely delivery and specialty in the subject are fundamental aspects when making the decision. Even so, a PM may decide to choose another translator for different reasons. Many agencies prefer to work with the same translator for a particular client (using that old maxim that “do not mess with a winning team”). Many translators are experts in the subject, but won’t accept the fee paid by the agency and the PM may not always interfere in this process.

An Organised PM Will Keep All the Good Resumes Handy

Another misconception is about selecting new translators. The difficulty of getting an answer (be it positive or negative) from an agency is not always related to the PM’s lack of interest in hiring new talent for his agency. Often, the PM might receive a CV from another translator that fits the agency’s needs perfectly at that time; or that project did not go through; or the PM is involved in another project with a higher priority. An organised PM will keep the resumes sent so that they can contact the translators when the time comes. When I used to apply to translation agencies, I submitted resumes and sometimes would receive an immediate response, but more often than not, I would receive an answer months after I sent my resume to agencies.

Are you kidding me? There is still Review, DTP, Comments, possible Crisis to manage

Anyway, let’s get back to that translation project of ours. You think it ends here? Not at all! After delivery by the translator comes the review phase, layout (if applicable) and delivery to the customer. And after all that is done, you still have to wait to see if the customer has any comments, suggestions or criticism about the work delivered. It is up to the PM to receive the client’s feedback and pass it on to the translator and/or reviewer, as the case may be, for future adjustments. Then, it might be necessary for the PM to manage a possible crisis (when the translator does not deliver the translation in time or deliver later than what was agreed, when the client does not approve the translation or when the client does not pay, just to name a few).

PMs Need to Be Flexible

What freelance translators need to understand is that the PM function requires much more than simple language knowledge. The PM needs, first of all, to be flexible, to know how to solve problems quickly and to deal with the various human elements involved in a translation project. Just as we translators might sometimes complain when a client is insistently asking if the contracted project is ready, the PM also finds it inconvenient for translators to ask about their submitted CVs, deadlines for payment, ask for an advance, etc.

The PM is a Busy bee – Take Care of Your PM

So next time you do not receive a response straight away to a resume you’ve submitted, instead of thinking that it has ended up in the bin, think about all the other tasks that the Translation Project Manager has to perform during the day. Write, but use your good judgement to know when and how to write. After all, the PM is a busy bee. If you remember that, you’ll go a long way with your Translation project Manager.