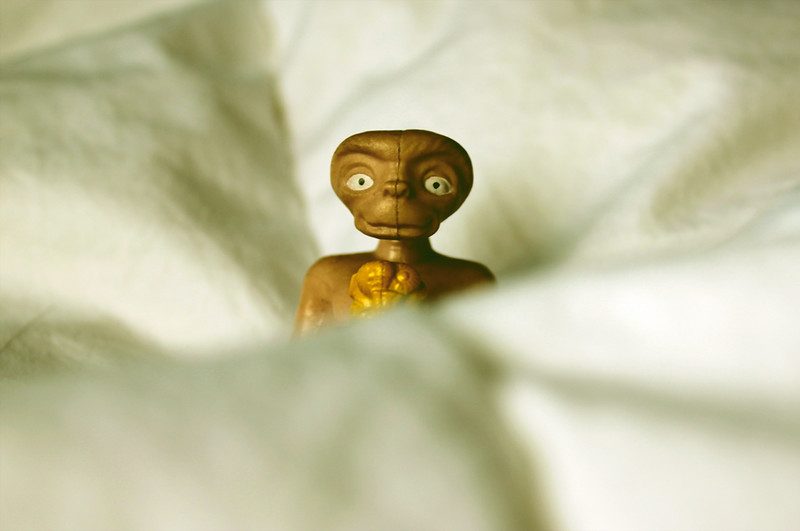 10 most common types of translator(alien)

There are different kinds and types of translator. Some are a strange kind of alien. Let’s see if you recognise or can identify any you might have previously encountered.

1. The translator who never accepts the reviewer’s changes

Whenever you receive revisions for you to approve or at least arbitrate, these types of translator tends to have a slightly grown ego and does not accept improvements, because he believes he is always right. Of course, there are times when they are right and the reviewer is wrong…

You have to be humble and know that four eyes see more than two. The final client will appreciate this.

2. The reviewer who always changes everything

One may find the complete opposite: perhaps out of frustration (for not being the translator in the first place), or simply because he’s having a bad day, these types of translator show no mercy with the text they receives and change it as much as possible so that it is clear who is in charge here and that their version is better. In addition, this justifies their work.

Surely, they think, if there are not so many changes, one should not dispense with reviewers.

3. The translator or reviewer to whom everything seems wrong

It is an evolution from the first two stereotypes. It does not matter if they translate or if they proofread: for this alien, the client has no clue about how to do things, reviewers don’t have a clue about what they do and, should he be the actual reviewer, the translation is a disaster. Of course, all potential criticism find their place on social networks.

Again, you have to be humble. If something’s wrong, better tell the interested parties in the best possible way to try to improve the project. Social networks should be used for other things.

4. The freelance translator who works in his pyjamas

Come on, let’s change the tone to something more positive. This is a classic: raise your hand if, as a freelance translator, you’ve never worked in your pyjamas! Well, or even without a shirt if it’s summer.

You can also use accessories. In winter, nothing like a good blanket or electric shoes to be warm, as well as using mittens so that your hands do not get frozen even if you have to type slower…

I have never done it: I swear!

OK, sometimes but at least not today. The first thing I do when I get up is to go to the gym or for a run, shower and get dressed. This way, I feel in a better mental state to work. And that is the truth.

5. The freelance translator who makes videoconferences with pyjama pants

Although many like to stay in their cave with their pyjamas, sometimes you have to meet with teams of translators or reviewers, or with clients directly. When not showing up on the screen is not an option, it is always acceptable to wear a good shirt or a sweater … and those good comfortable pyjama pants.

I would swear that I’ve never had to do this, not that I haven’t thought about it but should I have to get up to fetch something, then I would be in trouble. (I do know some who do, but I won’t name names).

6. The translator who spoils discussion groups talking about tariffs

Oh, yes, rates… An eternal debate! Everything was going well in a discussion until someone asks how much is usually charged for a specific task. In the end, things start to degenerate and some translator start saying that there are types of translator who throw the market with ridiculous rates, and that should we setup an organisation of translators to regulate rates…

Debating on this topic is a good thing, but always with respect and by throwing valid arguments.

7. The video game translator who cannot say what is working on

This is no fun, since it happens to a vast majority of video game translators. Here you will find everything: from clients who put all the translators in the same location to translation agencies that make you sign that you should never talk about the games you have translated.

Recognition, I think, is necessary to help make the work of these types of translators more visible in general.

Time has taught me not to obsess about this topic, because after all we have to be aware that we are providing a service for which we are paid, and in reality, we consume many of those products without knowing who is responsible for making them. The same applies to technical translators whose work is also very important but not recognised.

Obviously, I support recognition and I am the first one who likes to be recognised for things like the games I worked on at Nintendo, but as I say, maybe over time, I have learned to cope.

By the way, an argument that is usually given is that the identity of the translators is not revealed because the client can contact them directly instead of going through the agency, but in my experience, the large client will prefer to use an agency to avoid having to deal with each translator individually (especially when there are many languages involved).

8. The interpreter who always has to clarify that he is an interpreter and not a translator

Even nowadays, it is very common for people outside the translation industry to call people dedicated to consecutive or bilateral interpretation, ‘translators’. Yet, translators work with written words, while interpreters work with oral language (I am simplifying a lot, but for us to understand each other).

9. The freelance translator who never gets sick

If you do not work, no invoices, no wages, no money, so what is going on if you have a cold, fever, back pain or a tremendous cough? The truth is that being autonomous has an advantage after all: you become resistant to diseases!

Of course I get sick from time to time, especially with colds and a little headache from time to time. But I sincerely believe that, in my more than 25 years as a freelance translator, I have hardly ever stopped working (More because it was windy outside and I had to go kitesurfing).

10. The translator who lives in a mansion and has a private jet

Translators can live very well. Yes, I do not have to have a mansion in Madrid or a private jet, but I like the freedom that comes with the job.